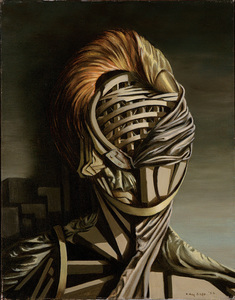 Adam Francis Cornford, born in England, came to the United States as a student in 1969. From then until 2015 he lived almost entirely in the San Francisco Bay Area, where he worked as a commercial painter, youth counselor, teacher, professor, and freelance editor and writer. Cornford was an early collaborator on the underground office and information workers’ magazine Processed World, for which he edited, wrote, and drew. From 1987 until the closure of that institution in 2008, Cornford led the Poetics Program at New College of California in San Francisco and also taught in its undergraduate Humanities program. His poetry has appeared in numerous magazines in print and on the web, and he has published three full-length poetry collections. Major influences and preoccupations include science (physics, biology, computer science), science fiction, surrealism, and the work of William Blake. He lives in the California desert south of Palm Springs, near the Salton Sea.
Recent Work
Red Venice
Adam Cornford
210 views
for Y.F. // Dans Venise le rouge/ Ni un cheval bouge (In red Venice/ Not a horse is moving) –Alfred de Musset, written before he had seen Venice…
Initial Singularity
Adam Cornford
446 views
for Samuel Delany / / Before even silence is uttered / Zeus is a point particle / Of infinite energy, infinite mass / Until his will's…
You and I: Mask and Mask
Adam Cornford
959 views
for Rudy Rucker / / You are the God-made image of God / I am a flat-faced ape with an overgrown brain / / You are the composed captain of…
Subscribed by Adam Cornford
April 28, 2013
Michael Leong
1,320 views
The porch was quieter than usual. / Whatever sympathy there was / that contrived to lift the continuous things / from the things of no…
April 26, 2013
Michael Leong
615 views
The trance continued in which / the saying was exchanging positions, / over and over, with the said. / It was a summons, a shock into / a long and…
April 17, 2013
Michael Leong
1,310 views
What difference would it make / if you were always working / your flimsy intelligence / to the breaking-point, if you told / your gaunt-faced…
Ghost Poems
Michael Leong
2,619 views
1. / / As usual, the stars in the third quadrant / are leaking embalming fluid, / and there’s a smell of BBQ / and dirty mirrors permeating…
Comments (0)
© Ink Node, 2022 | Contact | About