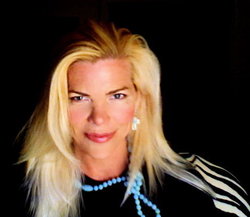 Alice Anderson is the author of the collection HUMAN NATURE (NYU Press) which won the Elmer Holmes Bobst Prize and the Great Lakes Colleges Best First Book Prize. Anderson is featured in the anthologies ON THE VERGE: Poets In America; AMERICAN POETRY: The Next Generation; THE NOW AND LATER, and 20th anniversary edition of The Courage to Heal. She is the recipient of The Plum Review Prize and is featured in literary journals here and abroad. Anderson can be found on Facebook, and on both Twitter and Instagram at @AlicePoet.
Recent Work
JOY RIDE
Alice Anderson
903 views
No More Joy for Teen, New Orleans Times Picayune headline // // // / You put the key in the slot and you turn, igniting the night air with…
THE QUIET
Alice Anderson
861 views
(Ocean Springs, Mississippi, August 30, 2005, the day after Katrina made landfall.) // / She comes slinking in late for the party, empty-handed…
Subscribed by Alice Anderson
AND FOR THAT WHICH I CAN NEITHER ACCEPT…
Meg Hurtado
294 views
When Piggy squeals, / No, Kermie, no! No, no, no, no! / she does not mean, Why rescue me? / Save you! I’m just an actress-model! // / Many…
THE SOUND OF MUSIC // a commentary
Meg Hurtado
182 views
This nightgown: // I might hate it, / but it gives me hope. // / Liesl’s dress … is it dirty because / she talked to a Nazi? Or is she merely /…
March 18, 2020
Amy Pickworth
3,460 views
The sun doesn’t appear / to know the angel of death / is lurking near, hissing quiet, / passing over (or not). / / My lush daughter is / …
LOVE IN THE TIME OF CORONAVIRUS
Meg Hurtado
402 views
// The elderly still holding hands and then // remembering, letting go at the light, // / a black-masked stranger on wheels / mumbling a…
Comments (0)
© Ink Node, 2022 | Contact | About