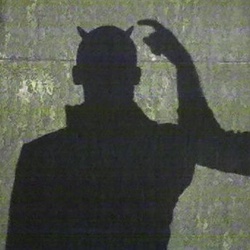 Ali Eteraz was raised in the Caribbean, the Middle East, and the American South. He is the author of Children of Dust (HarperCollins, 2009, 2011), a darkly comic memoir about coming of age as an immigrant Muslim. His poetry has appeared in FRIGG, Apeiron Review, and others, as well as a poetry anthology whose name has been forgotten and whose editors scrubbed all references to the work from the web. The anthology didn't pay.
Recent Work
I can’t touch you like the others
Ali Eteraz
254 views
"I can't touch you like the others. They were first. I can't kiss you like the others. They fulfilled your thirst. I wasn't the…
Subscribed by Ali Eteraz
Social Distancing
Noah Eli Gordon
708 views
I’ll quell the impulse to pick / Those bright purple flowers / If you quell the impulse too / In this way we both experience / Impulsiveness…
Best American Experimental Poetry
Noah Eli Gordon
463 views
// Best American Experimental Poetry // / In last season’s / dust burning off / you can’t smell / the oily fingerprints / of whomever /…
Best American Experimental Poetry
Noah Eli Gordon
958 views
1.Aristotle divided pleasure / into two kinds: necessary / physical pleasures and those / that are good and pleasant / that we desire but don’t…
nott
Eric Conroe
200 views
// well, that’s the kind of person i am / putting events into my phone calendar / like a terrible little troll, peeing / …
Comments
© Ink Node, 2022 | Contact | About