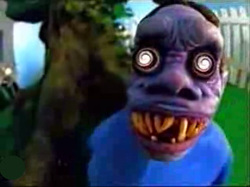 His work has previously appeared in or is forthcoming from The Boston Review, Phoebe, Sixth Finch, Forklift : Ohio, iO: A Journal of New American Poetry, Caketrain, TUBA, TOAD, NAP, Phantom Limb, Leveler and others. Poems will also appear in the coming anthology It Was Written: Poetry Inspired by Hip-Hop. He is the founding editor of Catch Up (www.catch-up.us), a journal of comics and literature. An MFA candidate at Florida State University, he lives in Tallahassee, Florida, where with Nick Sturm, he co-curates the independent reading series Dear Marge, Hello.
Subscribed by Jeff Hipsher
Dear Corporation(Precarious College Town…
Adam Fell
(2)
1,566 views
I was about to smash my hand / through the shatterproof glass / of another disheveled college town halloween, / but then this girl walked past…
12 months, 2 weeks and 3 days: submit
Sara Mumolo
(0)
209 views
West Oakland to Civic Center (closed). Police. Exit Mission 16th. Take car. Arrive, art studios (temporary until the tech company moves in). Wait…
19 months, 2 weeks: expire
Sara Mumolo
(3)
1,711 views
My carry you, you say. Sara Mumolo cooks. Sara Mumolo knew the name of her mother? Do you know how to describe emptiness? Yes, it’s like rage. Do…
Please Explain Please Explain Please
Rebecca Hazelton
(1)
416 views
Every man might have a winter / he holds secret to himself, / a night so cold the ears / of cattle brittle and break, / a vast dark he can only…
Comments (0)
© Ink Node, 2022 | Contact | About