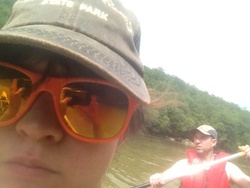 Circa 1982, in a little Louisville neighborhood called Buechel, Jessica Farquhar learned how to write her name at the counter of Fanelli’s, an ice cream parlor owned by her grandparents, which was regulared also by Muhammad Ali. You can find her work in recent or future issues of Catch Up, Transom, Better: Culture & Lit, and Sycamore Review.
Recent Work
Oatmeal Bath How-To
Jessica Farquhar
174 views
/ 1. / / Why not learn something today, something about milking oats in a cheesecloth bundle, taking that kind of a tepid bath. / / 2. / …
THE WONDERFUL WORLD OF BIRDS
Jessica Farquhar
135 views
/ (a cento consisting of lines found in The Bronx Zoo) / / / What do birds use for hands? A beak / is better than a Swiss Army Knife. / …
Subscribed by Jessica Farquhar
From sequence “Eighteen Views of Ravenna”
Adam Day
383 views
IX. [THE BISHOP MOVES LIKE A BASS DRUM THROUGH A REVOLVING DOOR] / / The city bishop moves like a bass drum through a revolving door. His…
Ihre Kinder
Adam Day
379 views
IHRE KINDER / / There’s no new apple, unisexed, no / new metal, only a disappearing / vocabulary and correspondence – / the earth…
How It All Fell Out
Catherine Wing
11,590 views
They opened the emergency exit and sounded the alarm, the escape hatch opened in record time, the window they opened from the top down, they pushed…
Father Benides
Adam Day
522 views
Father Benides touched me in my special / / place when I was eight. Then he put / his little man—like the neck of a goose / / tethered…
Comments (0)
© Ink Node, 2022 | Contact | About