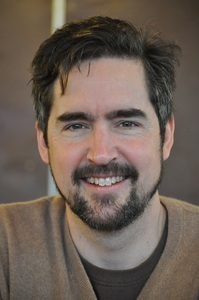 Kent Shaw enlisted in the United States Navy and served as a nuclear qualified electrician on the USS Eisenhower during the first Gulf War. He earned an MFA from Washington University in St. Louis and a PhD from the Creative Writing Program at the University of Houston. His first book Calenture was published by University of Tampa Press in 2008. Poems have appeared or are forthcoming in The Believer, Ploughsahres, TriQuarterly, Witness and other magazines. He is currently an Assistant Professor at West Virginia State University.
Recent Work
They dream only of America
Kent Shaw
1,762 views
These are the forests evidently / avoiding themselves and accumulating / on the piers government officials / stacked pallets creating a fortress…
Subscribed by Kent Shaw
Gorgias in Love
Paul Otremba
1,919 views
To say we have a history means she was sitting on the bed. / Having length, breadth, and depth. In the movie, the man / who’s lost his…
Books by Kent Shaw